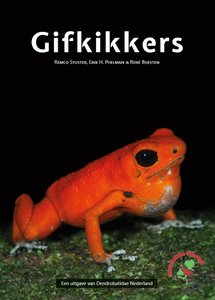 After almost six years of work, a colourful book on Poison frogs that I co-authored was released. Written in Dutch language and published by the Dutch association for poison frog fanatics, the book illustrates all you ever wanted to know about poison frogs and its husbandry. In over 400 pages we present the current knowledge on the taxonomy and fascinating biology of poison frogs, a superfamily of Neotropical frogs known for their diversity in warning colouration, variation in advertisement vocals and reproductive biology with elaborate parental care. The book provides detailed accounts on the biology and geographic distribution for all the known brightly coloured species with guidelines for their husbandry. Yet other chapters go in depth about setting up your tank, the beautiful tropical plants to use in decoration of the tank, culturing insects as food, detecting and curing frog diseases and the legislation to keep poison frogs.

Take a look inside the book to see for yourself! 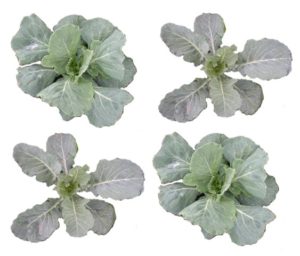 New paper in Ecology Letters! Together with Carlos Bustos who visited my group as a PhD student from Bill Foleys Lab, we studied how plant diversity and chemical composition affects insect attack on individual plants. His field season in my group resulted in a publication in Ecology Letters. Carlos his work shows that the damage on individual plants is reduced when those plants grow in a stand of more diverse genotypes. Interestingly, chemical defences were an important explanation for the observed phenomena. A more diverse composition of chemical defences in the neighbourhood reduced the damage on a focal plant. This pledges for the use of genotypic diversity in chemical defence of cropping systems, such as mixed cultivar or genotype stands, to reduce pest damage. 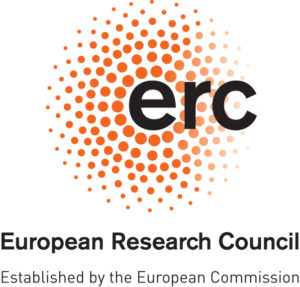 My ERC Starting Grant project MULTIATTACK has started! We will be studying plant adaptations to attack by multiple insect herbivores. During their growth from seedling to seed set, individual plants are colonized by a large number of herbivores. The predictability of this community in terms of which herbivore species will arrive and in which order is likely to differ for plant species. Unpredictable dynamics of insect communities may require more plastic defence strategies than when the arrival of herbivores is more predictable. We will test this hypothesis by studying the dynamics of insect communities on wild Brassicaceae species and study plant species specific plasticity in defence to herbivore attack.